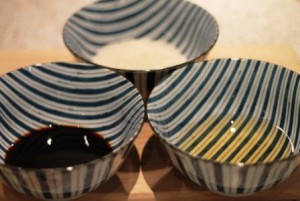 In Denmark, the selection of Japanese soy sauce is very small and there are several reasons for this.

Our knowledge of Japanese soy sauce is very limited. In Japan, the labels are written on bottles with Japanese characters. This makes it difficult to figure out which soy sauce is used in which dishes.

In Japan, there are as many soy sauces in a Japanese supermarket as the selection of cheese in a Danish supermarket, which means that it does matter which soy sauce is used when cooking Japanese food.

Japanese soy sauce is a main ingredient in Japanese cuisine it gives the Japanese flavors and aromas that characterize food served in Tokyo.

In the Traditional Japanese cooking class for beginners, you will learn how to make tasty Japanese dishes where different soy sauce is used simultaneously in some of the dishes. Authentic Japanese dishes made from scratch.